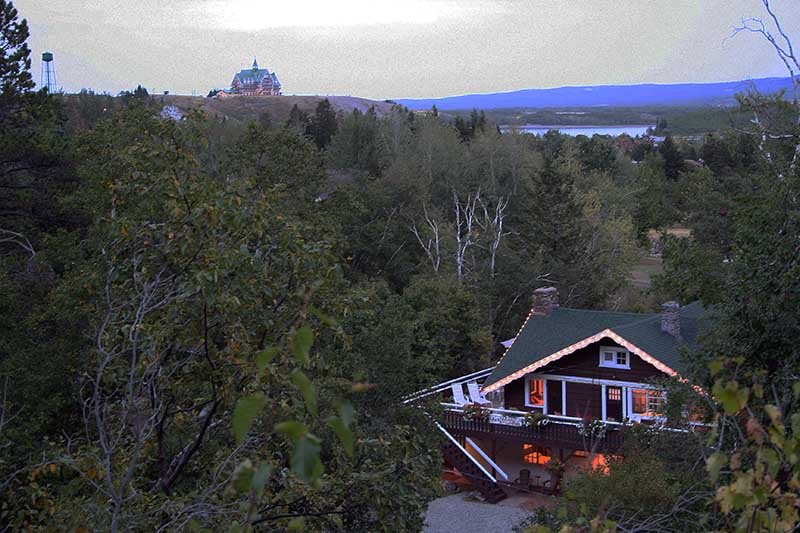 When the Great Northern Railway’s Louis Hill built the majestic Prince of Wales Hotel, in 1928, he was betting that friends and compatriots would see it as an escape from the austerity of Prohibition – era America. He was correct, and the enterprise was immediately popular.

For himself, the flamboyant tycoon built a handsome residence just down the hill in the nearby town site, away from the social and commercial bustle. He named his home Carthew Lodge. Here is was quiet, restful, secluded. Large balconies gave him baronial views across Waterton Lake and up into the surrounding Rocky Mountains.

Though he never used the home for his permanent residence (perhaps because of the Great Depression), Hill did use the house with passionate regularity, for it is here, it is said, that he kept his mistress.

Shortly after Hill’s death in 1948, Louis Hill’s dream home was sold to Hugh Black (of St. Mary’s) and Earl and Bessie Hacking, who renamed it Northland Lodge.

We are committed to making our website ADA compliant. Read our accessibility statement